For the length of the 20th century St. Margaret of Scotland remained a centerpiece of spiritual and civic activity.  During the Great Depression the church was a source of solace and social support for its parishioners.  As the City of St. Louis reached its peak population in 1950, so too was the number of families at St. Margaret.  At this time the athletic program for young people expanded greatly, teaching sportsmanship, discipline, fundamentals and leadership.  It became one of the largest and longest-serving institutions of the parish. 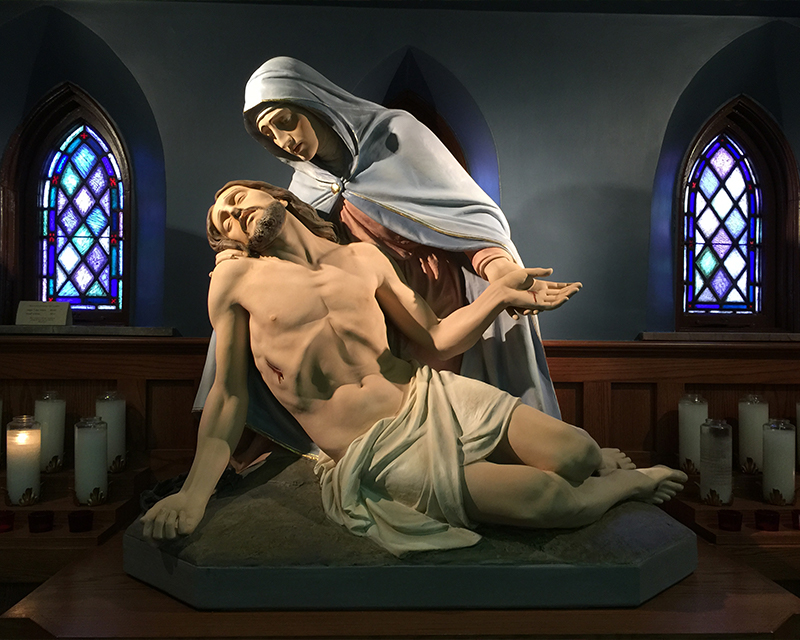 By the 1960s St. Margaret of Scotland was the most densely populated parish in the Archdiocese.  Student enrollment outgrew the original school building, precipitating the construction in 1966 of new classrooms (now called ‘Faith Hall’) and a gymnasium.  But the construction of the interstate highway through the parish and the migration of families to the suburbs presented challenges to St. Margaret.  The 1970s through the 1990s saw ambitious church-led initiatives to stabilize the area, including the creation of a credit union, a Shaw neighborhood association and the acquisition of derelict properties around the school to expand the campus.  Devoted parishioners labored hard to make the community work.  Most importantly, attention to good liturgy, preaching and music made St. Margaret an attractive place to worship God and celebrate the sacraments.

At the start of the 21st century St. Margaret of Scotland Church was on the rebound.  Growth could be seen in many ways.  With the consolidation of neighboring parishes in 2005, St. Margaret’s boundaries expanded: in the southwest corner to Kingshighway Blvd. and Magnolia Avenue and toward the east and north, incorporating the Compton Heights neighborhood.  The steady influx of new families gave rise to a larger parish school.  Leaders devoted to Catholic education made St. Margaret of Scotland School nationally recognized in 2010 when it received the US Department of Education’s Blue Ribbon award for excellence.  Within five years of this honor the school increased by one hundred students.  With the projected trend of baptisms and registrations, it became evident that the school’s facilities would not be able to accommodate this growth.  A parish capital campaign raised $2.3 million to replace school’s existing boilers and construct a new beautiful middle school building, Purcell Hall.  With an enrollment of nearly 500 students, St. Margaret of Scotland School is one of the twelve largest Catholic schools in the Archdiocese.

Meanwhile, long-time parishioners proud of their past and new young families eager to make their contribution come together to worship, to socialize, and to take the gospel of Christ into the world.  We are and we live our mission statement: “A diverse urban Catholic parish.  Inspired by the Holy Spirit and the example of our patroness, we are called to be a vibrant voice and beacon of the Catholic faith in our neighborhoods.”

We are a diverse, urban, Catholic parish.
Learn More

Meet the staff at St. Margaret of Scotland.
Learn More

We are blessed to be able to "sing and play to the Lord" frequently, whether we gather together in communal worship or spend time in individual prayer and devotion.
Learn More

Have a question or comment about the St. Margaret of Scotland parish community? We’d love to hear from you!